Defending Smriti Irani: Rotten Academic Degrees Do Not Define Worth Of Intelligence! 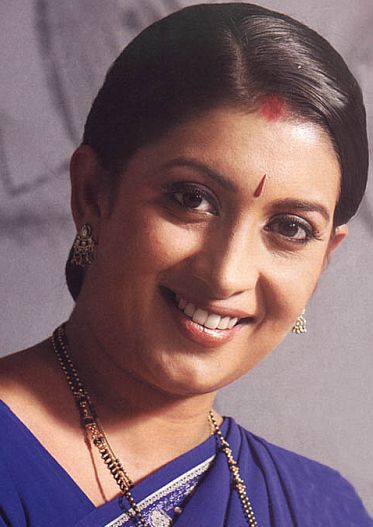 It’s pathetic that Congress party can go to any extent to embarrass ministers belonging to newly formed NDA government. It has questioned the ability of Smriti Irani to handle HRD department citing her academic credentials. In this regard, it needs to be stated emphatically that intelligence is not limited to rotten degrees alone! Read life sketch of great minds and one would notice that they were dropouts. And as I say so neither I am advocating futility of studying nor I am quashing worth of degrees. I am simply adding a different perspective!! Our former PM Manmohan Singh ji had brilliant academic record and he possessed prestigious degrees offered by foreign universities. However, this general feeling now rules the minds of electorates that his prestigious degrees were of little use as they did no good in solving major issues plaguing the nation. It’s so ironical that Congress members are not aware of the fact that people who live in glass houses shouldn’t throw stones!

An interesting conversation in this regard took place on various social media sites.  I am posting here views of some of the participants for my readers.

Educated lot is more stupid and unrealistic because they are not street smart!  Educated people are making more mess in every field. Uneducated lot is involved in corruption in conventional manner which can be traced but ones committed by educated lot involves hi-tech means and thus remains untraceable.  Highly educated  ministers in previous UPA government like Kapil Sibal, A Raja and others remained hand in glove with controversial forces instead of taking appropriate decisions to serve the interest of nation. They simply viewed the Indian issues from Western perspective! Most of the IIT Graduate are supporting Arvind Kejriwal who introduced a welcome move of distributing tickets to uneducated people belonging to lower echelon of society.

Please understand the difference between “Structured Academic Education of West” and “Knowledge imparted by system”. Politics is all about society and people. Guru imparts Knowledge and Professors of premier institutes like IITs, IIMs and AIIMS are academicians only are at the beck and call of Irani only! It is high time educated fools understand that they are fools involved in fooling common man!! It is like fire brigade on way to “Putting down Burning Flames of India” is attempting to sweep the dirt on the road leading to spot. And claim dirt should be removed. Why are you objecting??

Dr. Shashi Tharoor, though only a Minister of State, performed eggscellently in MEA / HRD etc. in the previous government, looked after cricket and love affairs etc. free for the country, side by side. All the world loves a lover. So maybe he was not booked also for certain matter, in which common man with family taken into immediate custody and harassed. So for higher Cabinet ranked Smriti, it sure can’t be easy, if one compares!

Why not Smriti for HRD? For a minister what is important is decision making at right time and at right place with the help of officials. A minister’s task is to intercept the best idea, which he/she can easily do after entering into consultation with experts.

Uneducated lot have the same potential as the educated lot. They have performed well whenever they got an opportunity. It’s time to harness their potential. We should not jump to rash conclusion stating the appointment of Smriti Irani a blunder.

Education is not only College Degrees, it is the knowledge & wisdom one acquires with the various situations & events in life. I am not saying that college degrees are not necessary, of course they are mandatory, specially in today’s competitive world. History shows that most of the brilliant minds & discoverers etc are not graduates, but they left a mark in the world & a trail for us to follow. Let’s “Think out of box ” as they say & give this lady a chance to prove herself. Let us not sit on judgement even before the goods are delivered, let us keep doing our best & bring glory to our country.

Our former PM had so many qualifications but of what use?  Bill gates,who is hardly educated, created wonders. What matters is how and how much you deliver. Yes if you don’t deliver then people will find loopholes. Congress did not deliver as expected by people. So people started digging the past of Sonia Gandhi but that was not so when UPA came to power in 2004. Old saying: If company of books makes you educated then librarian would have been the most educated person. Similarly, if degrees could make you perform then Man Mohan Singhji should have been the most successful PM. Therefore, its performance, performance and performance.

A king had no woman in his cabinet. So he inducted one. One day the cabinet ministers went for boating. Centre of the river the boat capsized. This woman minister ran over water, brought another boat and saved every one. Next day the male members complained to the king “Sir, what type of minister have you inducted in to your cabinet!! She doesn’t even know how to swim.”

I think development matters more than entering into debate about being educated or uneducated!

I can prove that, educated persons are more dangerous that the uneducated ones. A leader should be good from heart and not only academically good.

Tell us what should be the qualification of a Defence or Home or Finance or HRD minister?  She is quite a capable lady. A  good manager need not to be a management graduate.

As very rightly said, it’s ‘performance’ in the end of the day & educational qualifications don’t seem to influence it. So dear friends, let’s wait and watch Smriti handle the proceedings (though handling IIT & IIM might be a real tough job!!!!), rather being judgmental from Day One.

Do people belonging to IIT and IIM have more brains?

Formal education is a complete failure and we see this in real life. People who get high ranks fail in real life. Theory and practical is totally different. Indian education system is based on Lord Macaulay’s prescription for slave countries but the Nehruvian constitution has continued with it shamelessly. We need to kick out this system of education that is all about corruption, donations, extortion, marks and passing exams. Today’s textbook theories and postulates have no place in real life. Albert Einstein was a dropout; so were most of the great people. This stands as evidence that western form of education is flawed.

Manmohan Singh Ji had umpteen degrees and doctorates and the way he would govern was horrible. Every speech of his was written and prepared by his secretaries and his voice was so meek that he himself would hardly be able to hear. His degrees taught him that the poor are responsible for inflation, that money does not grow on trees, that minorities had the first right to natural resources, that history would be kinder to him etc. Manmohan has proved to be the worst PM ever and even the Pakistan PM called him Dehati Aurat!

If we really believe in independence, then we need to change the education system immediately from the Macaulay slave system of education to that better suited to an independent country. We need to get rid of western concepts of exams, marks, extortion in the name of education. IITs and IIMs need to be reformed and Indianised from the present Westernisation. 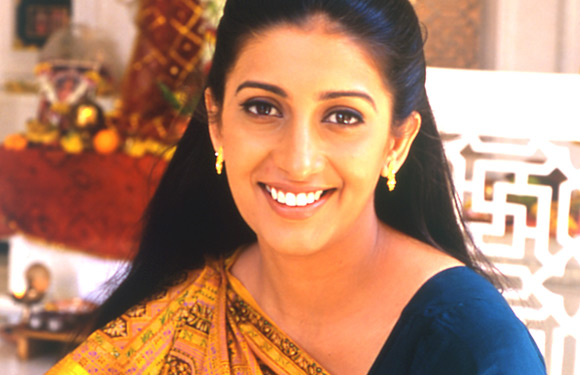 It’s so ironical that Congress members are not aware of the fact that people who live in glass houses shouldn’t throw stones!

Posted in: Political, Politics, Women | Tagged: Academic Degrees Are Not Be All And End All, Congress Criticizes Smriti Irani, Smriti Irani