The Curious Case Of Devyani Khobragade: Aspects Which Will Never Be Discussed!

The complex issue of Devyani Khobragade has come as a boon for ruling party in India on the verge of facing one of the worse defeats in upcoming Parliamentary Elections in 2014. It has allowed its leaders, who have lost their sheen, to talk big about saving the pride of nation, forgetting that most of them enjoy a chequered past! Its most of the leaders, who have been relegated to the background, have now emerged on the surface, speaking aloud about attributes which they rarely displayed both in public and personal lives. Consider the manner in which the Lokpal Bill got passed after the government was left with no other option but to take cognizance of growing unrest over this issue in nation!

The Indian leaders, especially from the ruling party, definitely lack the moral right to make shrill cry about violation of standard provisions in case of Devyani Khobragade. It’s quite evident from a deeper analysis of issue at hand that facts have been blown out of proportion. Like always the issue has been given a larger-than-life colouring, making it look like some shrewd diversionary tactics on the part of hidden players behind the curtain.

Devyani Khobragade is no child that she could not apprehend the consequences of misrepresentation of facts on visa application of the domestic help Sangeeta Richard. How come she is so much aware of  “Vienna conventions” but pretty unaware about the violation of domestic laws of U.S. even as there were reported incidents of atrocities committed upon domestic help in the past by other Indian diplomats in the same country? Being an Indian diplomat she should have set high precedents instead of giving impression of being a “victim” in the aftermath of strict actions on part of U.S. authorities.

Let’s be very clear that it’s not the case of making mockery of sovereignty of India but it’s more the case of playing with the fire. Devyani conveniently forgot that she was living in United States and not in India where even a petty “Sarkari Babu” (government official) can use his power to thwart the investigation on being caught.

The urgency exhibited and absurd statements on part of Congress Ministers make them laughing stock in the eyes of all conscious people, who believe in the rule of law. The paid mainstream media might give the impression that knee jerk reactions on part of Indian counterparts back in India are “bold measures” and fitting response to United States, but it would never diminish the ugly truth that she is guilty. The moves on part of U.S. sound more appropriate when Preet Bharara makes it clear that “This office’s sole motivation in this case, as in all cases, is to uphold the rule of law, protect victims, and hold accountable anyone who breaks the law — no matter what their societal status and no matter how powerful, rich or connected they are.”

Yes, it’s disturbing that mainstream media pressure and chaotic voices within the government have made it a “diplomatic row” when it’s nothing more than criminal action committed by a responsible Indian officer. However, let’s view critically the actions taken on part of U.S. The WikiLeaks have proven beyond doubt that American leaders are no saints. The U.S. might give the impression that dealing fairly with violation of human rights is always their topmost priority but when their own men get trapped it takes recourse to most shrewd measures to save them.

Or, for that matter, it can go to any extent to get its job done, even if it means sabotaging the sovereignty of other nations. It’s no secret that documents and evidences were forged to justify their attack on Iraq. The drone attacks in various parts of Pakistan make it clear that borders become meaningless in face of its interests, and so death of innocent civilians means nothing! The controversial release of Ramyond Davis, C.I.A contractor guilty of double murder in Pakistan, speaks volume about subtle pressure employed by American leaders.

The U.S. claims it’s very much in pain over episodes of violation of human rights but see the treatment meted out to prisoners at Guantanamo Bay! So it’s evident that rich and powerful nations have dual standards and the U.S. is no exception. It’s not at all wrong to presume that it used its domestic laws to enter in  barbaric behaviour which many in India see it as an assault on the pride of India and modesty of a woman.

India needs to learn few lessons from this episode instead of entering in retaliatory actions. Before I come to that point let me state that introduction of gender-neutral laws in India or need of tough measures to punish abusive women always lead to raised eyebrows.The so-called messiahs of women’s rights start making noise in India. The U.S. has perfectly demonstrated that laws are equal for men and women and, therefore, women cannot claim special privileges or concession.

In India despite the leap of so many centuries  woman is still inherently seen as a weak specie, a saintly figure, who can first commit no crime and even if she commits crimes she needs to be given special treatment! It’s an impression that’s even supported by foreign based agencies, working for the rights of women in India but the same agencies would remain silent about inhuman behaviour done with Devyani just because it happened in U.S.!

Anyway, India needs to demonstrate its own strength not in reactionary way but in a more mature way. It needs to take away all the special privileges and concessions it offers to U.S. citizen in extraordinary way. Very recently a Visa Officer in India was transferred because she had refused to grant visa to a gay American diplomat on the ground that such marriages are not legal in India. The Indian government instead of supporting her argument, transferred her to a lesser department.

In the light of recent Supreme Court judgement, which has upheld the validity of section 377, one needs to follow the words of former Finance Minister of India, Yashwant Sinha, to let United States become aware of consequences if other nations also become strict in implementing their domestic laws.”My suggestion to the Government of India is, the media has reported that we have issued visas to a number of US diplomats’ companions. ‘Companions’ means that they are of the same sex. Now, after the Supreme Court ruling, it is completely illegal in our country. Just as paying less wages was illegal in the US. So, why doesn’t the government of India go ahead and arrest all of them? Put them behind bars, prosecute them in this country and punish them.” (Yashwant Sinha).

Sometimes back there was controversy about alleged permission granted to American sniffer dogs to enter Rajghat as a part of the security drill before the visit of U.S. President George Bush. In future this sort of “desecration” could be avoided since it’s not permissible as per our own rules. It’s time for India to exhibit that it has a backbone, instead of entering in knee-jerk reactions. That can be perfectly demonstrated by pursuing its own interests in a rigid way without granting extraordinary privileges to outsiders, being least influenced by their nationality and position. 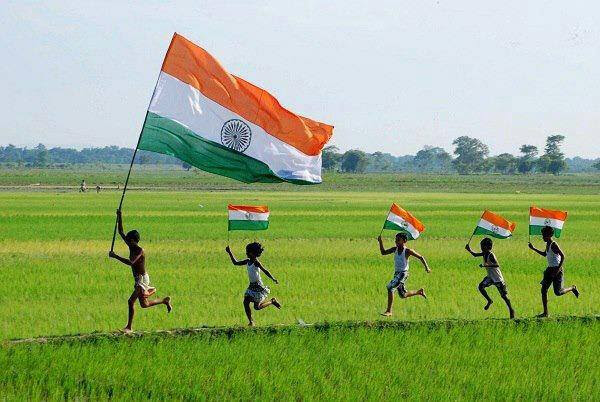 Nation’s Pride Should Be Saved In A Sensible Way!

Pic Two Is From Internet