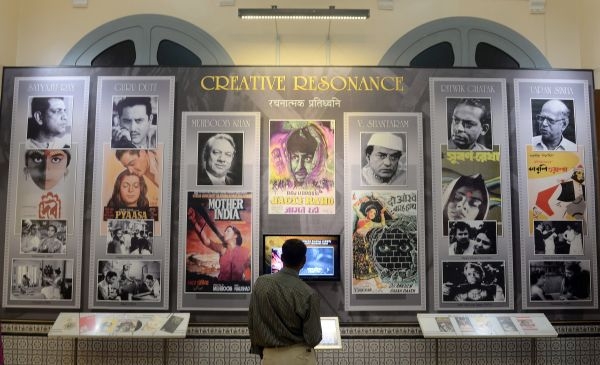 Indian Film Industry Gave Recognition To Many Talented Souls But There Were Many Great Souls Who Failed To Get Due Credit!

Indian movies are incomplete without music. Music in Indian movies provide them a distinguished appeal making them stand apart from Western movies relying heavily on storyline. In fact, movie named Indrasabha which was released in 1932 had more than 70 songs! It holds the world record for maximum number of songs in any musical. Let’s not forget that it was the second year after Alam Ara -the first movie to have sound in 1931.  And in the very second year of introduction of sound we created record number of songs in one feature film! That substantiates our craze for songs! Anyway, we are now living in ultra-modern age wherein Indian film music differs hugely from days when it first came into existence in 30’s. The musical journey which began in first half of 1930  witnessed  until now host of talented music directors who provided listeners haunting tunes set upon Indian classical music. Some of them gained huge popularity but there were unfortunate ones as well who despite providing real good music failed to shine brightly. However, the few songs which they came to compose remain evergreen in memories. They are priceless gems for any music lover who has got refined taste for music.

**************************
1. Ram Ganguly: Kahe Koyal Shor Machaye
This song is from movie “Aag” (1948).  Raj Kapoor made his directorial debut with this movie. It was made on complex theme that true beauty is more than skin deep! Raj Kapoor was pretty young when he directed this movie but his mature treatment of this complex subject proved beyond doubt that India was about to see rise of great film maker. Ram Ganguly gave memorable music in this movie. The song sung by Mukesh” Dil Jalta Hai To Jalne De” and “Dekh Chand Ki Aur” sung by Sailesh Mukherji and Meena Kapoor left listeners spellbound. Mukesh virtually imitated K L Saigal while rendering “Dil Jalta Hai To Jalne De” but he went on to develop his own style of singing in later years. Ram Ganguly gave fabulous music in this movie but he failed to strike rapport with Raj Kapoor. That ensured arrival of Shankar- Jaikshan in Raj Kapoor’s life. This song sung by Shamshad Begum is picturized on Nargis.
2. Sardar Malik: Saranga Teri Yaad Mein
This song from movie Saranga (1961) composed by Sardar Malik and penned by Bharat Vyas. It’s based on Raga Yaman Kalyan- a raga sung in night hours. Saradar Malik was a very talented music director  but unfortunately he belonged to era wherein great composers ruled the roost. The period between 1950 and 1960 set high standards in field of Indian music with likes of Shankar Jaikishan, Hemant Kumar, Naushad, Ravi and Madan Mohan, to name a few,  delivered their best work. It was a Herculean task  for a new composer to make itself known in that period since not much space existed. However, some of the songs composed by Sardar Malik have managed to retain their charm even after so many decades. They are “Aye Gham-E-Dil Kya Karu” (Talat Mahmood in Thokar), “Ha Diwana Hoon Main” (Mukesh in Saranga) and “Mai Gareebo Ka Dil Hoon Watan Ki Zubaan” (Hemant Kumar in Ab-E-Hyaat). He died in 2006 after battling with long disease. And yes, he was  father of Anu Malik- the talented musician of current era.
3. Snehal Bhatkar: Kabhi Tanhaiyon Mein Yun Hamari Yaad Aayegi
This song composed by Snehal Bhatkar was written by Kidar Nath Sharma. Kidar Nath Sharma was a genius in a sense that he introduced giants in Indian movie landscape like Raj Kapoor, Madhubala and Geeta Bali! He was also a lyricist besides being a legendary movie maker. Anyway, this song sung by Mubarak Begum received a lukewarm response at initial stages. However, it’s mesmeric haunting tune and brilliant picturization ensured that it became a huge hit. It’s one of the few songs which did not let Snehal Bhatkar and Mubarak Begum fade into oblivion. This song is picturized on gorgeous Tanuja who was then struggling hard to ensure her place in film industry. This movie finally let her had desired stardom. Snehal Bhatkar mainly worked for the production of Kidar Nath Sharma. Besides this song, this number “Lehron Pe Lahar Ulfat Hai Jawan” (Chhabili released in year 1960)  in voice of Heman Kumar made Snehal Bhatkar a household name in his era.

Hansraj Behl started giving music in late 40’s and  managed to carve indelible impressions on minds of music lovers. Although he stayed in world of music for nearly three decades, he did not get much chance to explore his talent. His music appeared in movies which failed to do good business. As a result of that not much opportunity came his way, leading to manifestation of just few good songs on his part. However, songs like “Bheega Bheega Pyar Ka Sama” ( Sawan released in 1959), “Zindagi Bhar Gham Judaai Ka” ( Miss Bombay released in 1957) and “Jahan Daal-2 Par Sone Ki Chidiya” (Sikandar-E-Azam released in 1965). This song is from movie Changez Khan released in 1957 and is  written by Qamar Jalalabadi. It has such a soulful prelude that it makes the song immortal. The unusual depth exhibited by Rafi in this song makes this song very special at least in my eyes!

To understand the depth of his music one needs to listen songs from movie Shirin Farhad released in 1956. S. Mohinder who became associated with Filmistan Studio learnt the basics of Indian classical music in Varanasi. He was born in Pakistan but later migrated to India. The movies in which he gave music were commercially not successful  which prevented this talented musician from attaining desired fame. However, he got National Award in 1970 for movie Nanak Naam Jahaz Hai (1969). This sad number  sung by Lata Mangeshkar has been written by Tanveer Naqvi.

The common link among all these talented music directors is that despite exhibiting their talent in exceptional way, they just could not withstand the dirty politics played by vested interests in film industry. Ramlal Chaudhary who gave  memorable songs in Sehra (1963) and Geet Gaya Pattharon Ne (1964) was unhappy the way well-known music directors of his age campaigned against him in vicious manner. That forced him to start his own production but this did not augur well for him.

Dan Singh also became victim of negative publicity done by powerful music directors who felt threatened by his talent. In his later years, he could not hide his pain and brought in light the dirty tricks employed by reputed music directors to crush the emerging talents in film industry. He accused few well-known music directors of stealing his compositions. Anyway, Dan Singh’s melodious numbers in My Love (1970) made his presence immortal. “Zikra Hota Hai Jab Qayamat Ka” sung by Mukesh makes any good listener go into trance!

G.S Kohli assisted music director O P Nayyar in many of his hit movies before giving music independently. His career as independent music director did not last for long. After giving music in movies like Shikari, Faulad, Mr. India (1961) and Bhai-Bahen, to name a few, he faded into oblivion. However,  anybody who comes to listen this Shikari song “Tumko Piya Dil Diya Kitne Naaz Se” is bound to become curious about maker of this evergreen song!

Lachhiram Tamar made his presence quite early in Indian film industry. Champa which was made in (1945) was followed by  Badnami, Kahan Gaye, Shalimar, Mohini, Ameer, Razia Sultana and Mai Suhagan Hun (1964) He gave music in as many as twenty movies. His fame rests upon songs he composed for  Mai Suhagan Hun (1964). The songs like “Aye dil machal machal ke yun rota hai zar zar kya” (Lata) and “Dhalti Jayen Raat Kahle Dil Ki Baat” ( Asha/Rafi in Razia Sultana {1961} ) enchant the listeners even in this age marred by loud music!