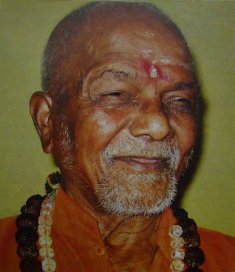 The Times of India
BBC
The Hindu

Acquittal of Kanchi Seers: A Sad Reminder Of The Fact That Propaganda Is More Powerful Than Truth! 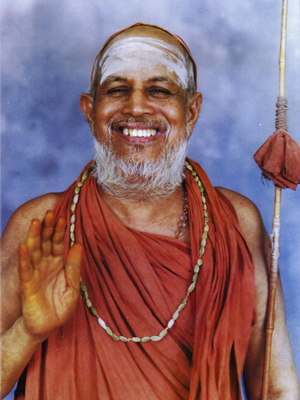 The Acquittal Of Kanchi Seer: Truth has won over propaganda!

Any close observer of the happenings in modern India would easily confirm that secular governments have unleashed a sort of war against Hindu saints. They have been framed in number of heinous crimes right from sexual crimes to crimes against national security. The paid media ensures that one-sided coverage gets highlighted not only within Indian landscape but also in International arena. In such matters wherein Hindu saints are involved, a striking feature is that news coverage is full of lies and twisted truths spread by secular press. None of the mainstream media dares to reveal both sides of the story in an impartial way.

One important reason is that most of the Indian media houses are in some way controlled by hidden powers in Western nations. How can we then expect truth to make its presence felt? After all, the mainstream media which harps about involvement of Sadhvi Pragya in blasts never found it important enough to report in same candid fashion about severe violation of rights of prisoners, about inhuman treatment meted out to her inside the jail! The same media is so hyper-sensitive about rights of Devyani who made mockery of India’s honour in West but yet she is being portrayed as if she committed no crime at all! That’s because she is part of the system. But anybody who dared to expose the misdeeds of government was branded as criminal in a well-planned manner!

What I am trying to ascertain that we have given way to era wherein propaganda has become more powerful than version close to truth. One of the most important job of media is to reveal the real picture but exactly opposite has taken place: Media has become carrier of falsehood and distorted versions. It’s main agenda has become to shield dubious powers in rule. Like a prostitute it keep changing its loyalty or, in other words, it generally speaks the language of rulers! Remember the arrest of Kanchi Shankaracharya Swami Jayendra Saraswati in year 2004 in most humiliating manner for allegedly playing a role in murder of Sankararaman, manager of the Sri Varadarajaswamy Temple. The then Chief Minister of Tamil Nadu,J Jayalalithaa, in an attempt to appear more secular than others and to give an impression that no one is above law ensured his arrest! The Kanchi seers were charged with” criminal conspiracy, misleading the court by giving false information, criminal trespass and supply of funds to carry out the criminal activity.” 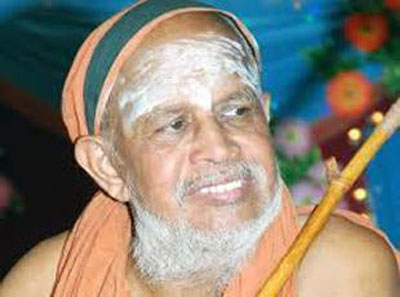 The Truth Had The Last Laugh!

The head of a 1,000-year-old Brahmin monastic order was presented as petty criminal in mainstream media and even before case was put to trial he was portrayed as accused. Let’s remember that Kanchi Kamakoti Peetham is one of the oldest Hindu mutts in the country and Shankarcharyas belonging to this mutt command a great respect among Hindu communities across the globe. In fact, Swami Jayendra Saraswati is a highly respected figure having profound knowledge of Hindu scriptures. He like his predecessors provided new heights to this mutt established in 9th century by Sri Adi Shankaracharya, enjoying similar status the way Vatican enjoys amid Christians. However, clash of interests between J Jayalalithaa and DMK chief Karunanidhi, who represented anti- Brahminical movments, ensured that this highly revered pontiff got disgraced.

Prominent media analysts of that period conveyed the impression that “police would not have acted unless they had sufficient evidence.” Ironically, the prosecution at that time was supremely confidant about involvement of Kanchi seers in abetting murder of Sankararaman, claiming that it had “incriminating evidence”. The investigating officer Prem Kumar came out with version that made mutt head appear guilty: “We have strong evidence about the involvement of Sri Jayendra Saraswathi in Sankararaman’s murder. There has been animosity between the two for the past four years and further investigation is on to corroborate the evidence collected on the involvement of the Kanchi Acharya.” The allegations had deepened with revelations of  Tamil magazine Nakkeeran. Amid these bizarre turn of events, the case got transferred to Pondicherry to ensure fair trial. To make the matters worse for Kanchi mutt head, even allegations of sexual exploitation surfaced. (The Hindu)

However, the truth had the last laugh when verdict delivered by a special court in Pondicherry acquitted all the accused involved in this sensational murder. The verdict was delivered on November 27, 2013 after nine years of suspense and drama of all sorts. They were acquitted of all the charges which included “criminal conspiracy, misleading the court by giving false information, criminal trespass and supply of funds to carry out the criminal activity.” The main witnesses failed to corroborate the prosecution’s theory. More than 80 witnesses went against the story presented by the prosecution.

Well, it’s true that Kanchi seers got acquitted but in the process it caused irreparable damage to the reputation of an institution, which represented the collective psyche of Hindus. This “collective psyche” of Hindus made its presence felt again the way Kanchi Mutt Head responded to this verdict: ” Dharma has prevailed. Truth has won. That is what matters…I have been trained by my Guru to bear everything. There is no question of situation being tough. Times were challenging because we were facing completely new set of situations. ..There are several invaders who vandalized our temples. Today when you see the disfigured temples you remember the invaders and their acts of vandalism. What was perpetrated on the mutt has been termed as an act of vandalism by several people.” (Kanchi Sathya Org) 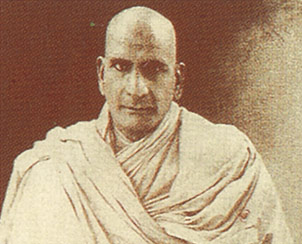 Swami Shraddhanand: Killed By A Muslim Fanatic in 1926. He Was Part Of The Movement To Reconvert Muslims Back To Hinduism!

It’s really saddening that moments allegations against Hindu saints surfaces, the whole mainstream media goes berserk and paints them in wrong colours, forgetting that its main task is to report the incident and not to conduct trials. Worse, when the allegations are found false and saints get acquitted the same news item does not get prominence. Acquittal is never important than false stories planted by vested interests. No wonder acquittal of Kanchi’s Shankracharya did not get the same coverage. After all, it strengthens cause of Hindus, which is antithetical to secular spirit of this nation. The mainstream media is more interested in propaganda than emergence of truth.

The secular forces always convey the impression that no one is above law.  And so will they dare to arrest Shahi Imam Syed Ahmad Bukhari against whom so many cases have been registered? Will they dare to bring in open and convict Christian missionaries involved in conversion of tribals in remote corners of India? That will never take place. The law exists only for Hindu saints. It’s an instrument of oppression for Hindus and all that which represents self-pride of Hindus. It’s there to support propaganda and not to sustain truth.

Swamy Lakshmanananda Saraswathi and four of his disciples namely Sadhvi Bhaktimayee, Baba Amritanand, Kishor Baba and Puranjan Ganthi at his Ashram in Jaleshpatta of Kandhamal district in Orissa by a group of Christian zealots on the Janmashtami day, 23 August, 2008. But the mainstream media made no uproar!

IBN Live
The Times of India
BBC
The Hindu