Fighting For The Rights Of Men Can Also Bring Honours!

Author Of This Blog Post Being Hnoured At Men’s Rights Conference Held In August, 2013, in Nagpur.

A High Court lawyer Arvind Kumar Pandey was felicitated by a section of lawyers for receiving an award at fifth National Men’s Rights Conference held in Nagpur recently, for outstanding contribution in championing the cause of men in national and International arena, during a programme organized at Indian Coffee House on Saturday.

Addressing the lawyers, Arvind Kumar Pandey said, “Biased criminal laws have spoiled the lives of many men charged under the Dowry Act. The laws like Domestic Violence Act, IPC 498 a, and Maintenance Act, to name a few are heavily tilted in favour of women and have done more harm than producing good effects.”

The Men’s Rights National conference, held at Pench Tiger Reserve in Nagpur was attended by more than 150 men’s rights activists, who represented 40,000 activists spread across India and other parts of the globe.

Informing about the resolutions passed at fifth Men’s Rights conference Arvind Kumar Pandey, who attended the conference as a writer and blogger said, “The first resolution was aimed at formation of Men’s Welfare Ministry while the next resolution aimed at reducing the number of men involved in hazardous professions and another important resolution dealt with creation of gender-neutral treatment in legal aspects. Recognition of the rights of fathers, making shared parenting necessary in wake of separation was another major demand made on the occasion. The activists were unanimous in rejecting the highly biased Marriage Law Amendment Bill, 2010, and demanded its roll back. Lastly, the need to make huge investment in areas of Men’s health was deeply felt.” 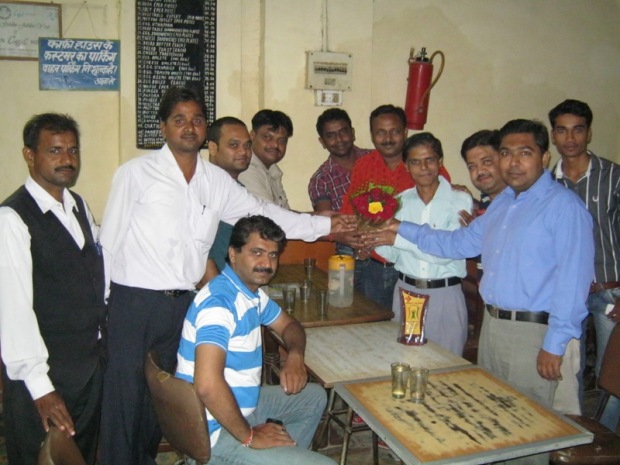 A section of lawyers belonging to Allahabad High Court, Allahabad, Felicitating Me At Historic Indian Coffee House in Allahabad…

Some More Pics From The Felicitation Held In Allahabad On August 27, 2013. 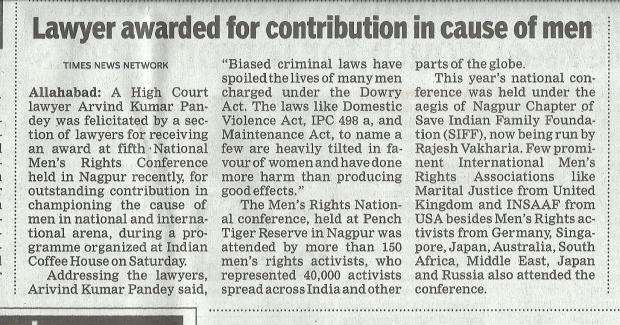 The News Got Captured By Prominent Newspapers Like The Times of India..

Rajesh Kumar Pandey, Legal Correspondent, Did Not Hesitate To Offer Me This Bouquet 😛 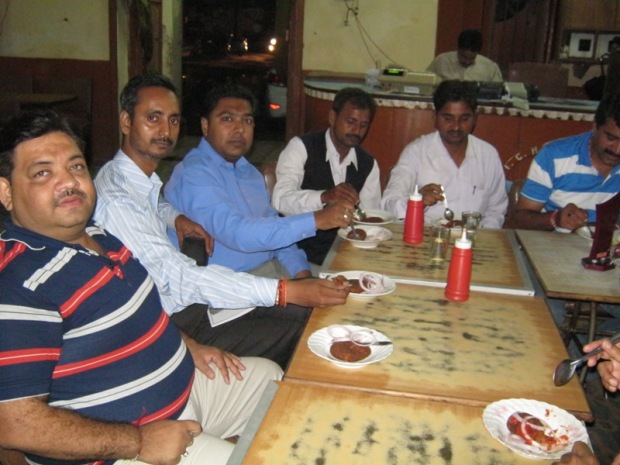 The Entrance Of Historic Indian Coffee House In Allahabad. It’s Associated With Leading Writers/Intellectuals Since 1950…

And That’s Why It Has Become Necessary To Talk About Rights Of Men!!

This news item also got published in these two newspapers: