A Stunning Love Story That Culminated Into Suicide! 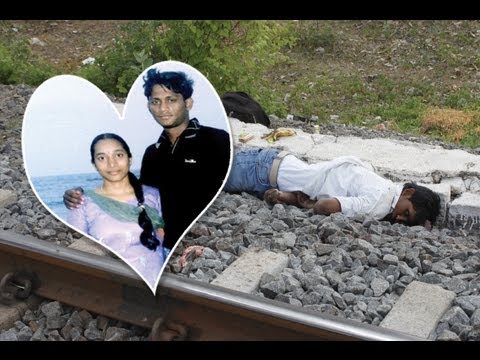 “The course of true love never did run smooth.” (Shakespeare). This became evident in cruel fashion in case of Divya and Ilavarasan.  Ilavarasan and Divya belonged to different castes. Ilavarasan belonged to Dalit community and Divya came from a higher Vanniyar community. When their love story attained pinnacle, it did not evoke sweet episodes as one witnesses in Hollywood/Bollywood candyfloss movies. Last year, the girl’s father, unable to digest the vituperative remarks of people belonging to his community committed suicide. And now the news arrives that Ilavarasan, after Divya came to disown the marriage in blatant fashion, has committed suicide by jumping before the train.

Their love story from the very beginning was marred by series of unfortunate developments. It first resulted in a typical caste bigotry, which this time did not remain confined to a small section. The mounting tension took in its grip whole Tamil Nadu. They got married amid unprecedented developments.” I was on my way to Trichy for a football match. When I was in Omalur, I got a call from Divya saying that people in her house are trying to get her married to someone else. She asked me to take her with me. We went to Andhra Pradesh and got married there.” ( Ilavarasan in an interview to Tamil Edition of India Today).

The Society’s Evil Ways Had The Last Laugh!

When they got married, it led to huge tension in whole Tamil Nadu. A political party named Pattali Makkal Katchi entered into a campaign, triggering the impression that marriages between Dalit boys and non-Dalit brides were mainly for the purpose of extorting money. Fake cases got filed against Ilavarasan so as to block his appointment into police department in which he got newly selected. The issue further deteriorated when girl’s father committed suicide last November. Many colonies in  Naikkankottai village got burnt- the village of boy’s father.

For Divya, these developments seemed a bolt from the blue. After her father’s suicide, she went into state of depression and decided to separate from Ilavarasan. Naturally, her decision left Ilavarsan in a state of shock, who was determined to seek better days. Just a day before his suicide, it’s learnt that Divya categorically informed the reporters inside the Madras High Court campus about her decision to disown the marriage and not to return to Ilavarasan at all. Unable to withstand this dejection, the very next day Ilavarsan jumped before the train and ended his life.

Divya might have decided to disassociate with Ilavarsan but Ilavarsan remained true to her till his last breath. The only thing found in his possession, near the railway track, were the letters which he wrote to her during 2011.

Ilavarsan: This Courageous Boy Tried To Fight To The Finish But Divya Proved To Be Made Of Lesser Mettle!