Americans Killed By The Greed!!!!

We are living in times that promotes greed is good. However, the rampant consumerism has sounded a death knell for many human values, for many prestigious institutions doing good work for the humanity. I come to remember the words of Mahatma Gandhi: ”

” The words of this great figure of modern times very aptly sums up the real cause of financial, political and environmental crisis.

One reason why so many wrong means have surfaced to amass huge wealth in both developing and developed countries is that materialistic aspirations now rule the roost. At individual level or at the level of big institutions, the short cuts to make huge money have attained some sort of legitimacy. It appears that dishonesty is now the best policy. Ironically, people across the globe are paying huge price and that has made them to give way to phenomenal call for changes in form of having ‘People’s Ombudsman”.

However, I am not sure how are these proposed changes going to ensure transparency unless we become committed towards greater values at individual level. However, it’s a good thing that citizens are at conflict with dull headed rulers in major nations and even in smaller nations like Egypt, Libiya, Syria and Tunisia the people have made the arrogant rulers pay heavy price.

Now let’s see what happened in U.S. which led to collapse of major financial institutions. This unprecedented financial crisis, which made us remember the Great depression of the 1930s , led U.S to succumb to extraordinary measures to save the country from clutches of bankruptcy. Anyway, this crisis caused Americans to lose significant amount of consumer wealth apart from decline in introduction of newer economic ventures. One needs to pay attention to the reasons pointed out in Levin–Coburn Report which says that “ that the crisis was not a natural disaster, but the result of high risk, complex financial products; undisclosed conflicts of interest; and the failure of regulators, the credit rating agencies, and the market itself to rein in the excesses of Wall Street.”

Well, in simpler terms if we wish to understand the failure of the baking system in U.S. it would mean simply mean that rules were twisted to ensure huge amount of money. The vested interests were given preference over national interests. One can notice that recent 2G spectrum allocation scandal in India virtually followed the same pattern, which sabotaged the banking system in U.S. Here too rules were manipulated to make the allocations to interested parties, leading to huge loss of revenue to the government. The point is when greed rules then principles and national interest become subordinate.

I must say corruption, indeed, is a global phenomenon and factors like rampant consumerism have ensured that corruption at all levels is going to remain evergreen. Let’s hope we learn to place national interests, being in league with institutions resting on better principles, above petty interests to ensure that all forms of “depressions” do not come to act as spoilsport!!!

Need Of The Hour: Saving Asian Nations From The Environmental Crisis!!

The environmental crisis has made its impact felt in almost all major Asian nations. Ironically, the huge destruction caused to the ecological balance is being justified in name of ensuring developmental progress. For instance, a recent report published by Delhi-based non-profit, Centre for Science and Environment (CSE) suggests that ” diversion of forestland in India during period 2007 to 2011 was 25 per cent of all forestland diverted for development projects in the past thirty years”. Such mindless progress has not only ensured elimination of flora and fauna but also ensured a dangerous repercussions for human lives. One reason why nations like Japan and India have given way to Tsunamis is that disturbing happenings on earth’s surface have led to rise of vulgar seismic activities inside the Earth commonly referred as Earth’s crustal deformation.

The worse part of the whole affair is that governments in various Asian countries have not become fully alert to the threats posed by the man’s greed. Look how the government has dealt with Ganga Action Plan started (GAP) in 1985. This landmark project started to block the flow of sewage into the river has failed to create better results despite having spent millions in all these years since its inception. We can still notice that sewage water at Kanpur or Allahabad still manages to mix with waters of Ganges all because industrial units have managed to bypass the laws by bribing the officials.

Well, it’s really pathetic that nations like India are so eager to present an image of being a developed nation and can spent millions to organize Commonwealth Games but the same government ensured that Yamuna dies a slow death. Now this river has virtually turned into nallah at Delhi, having more dirty waters than one finds in a nallah!!!

The situation in neighbouring nations like China or Japan is no better. China owns infamous record of having some of the most polluted cities in world. It’s quiet a huge challenge for this nation to ensure that environmentally sustainable growth rate does not become an impossible task. One is unaware about the exact picture of environmental crisis in this nation due to censorship of the news but water shortage and water pollution besides loss of huge grasslands are some of the key problems there. Like any developing nations to ensure industrial progress China has utterly failed to acknowledge “scale and scope of pollution”. On top of it, the nations like India and China are struggling hard to control carbon emission to keep it within the limits and are, in fact, constant conflict with U.S. and other nations.

Now the problem is that United States which is responsible for releasing huge amounts of carbon dioxide emissions wants that Asian countries should slow their development but at the same time America is not interested in following an unambiguous approach in this regard itself. As a result global warming is increasing leading to serious environmental disasters.

One of them is melting of thousands of glaciers located in the Himalayan region. No need to imagine that water shortage will be at its peak in South Asian regions once these glaciers become out of sight. As per reports, ” disquieting pattern of glacial retreat across the Himalayas ” has ensured ” 20 percent reduction in size from 1962 to 2001″. The recent reports also confirm that when glaciers melt the ” stresses in the crust locally, near the place with ice cover” also increases leading to possibility of earthquakes.

Well, it’s time for the Asian giants to ensure that future generations do not pay heavy price for misdeeds of present generation. It’s time to save our flora and fauna. Let’s remember that if our ancestors worshiped trees, mountains and rivers they did so quiet consciously. We need to be in league with same wisdom if we are at all seriously interested in having better days.

Centre for Science and Environment 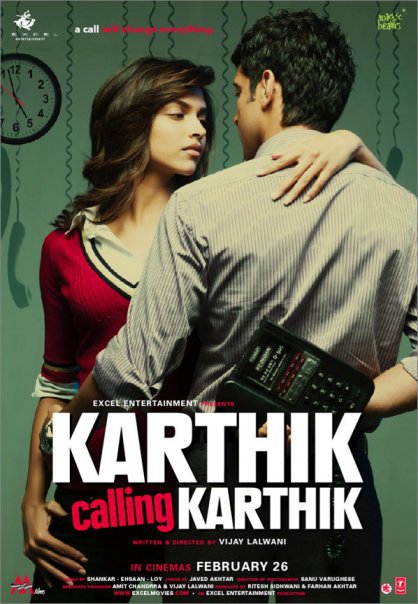 Pic One:  Pic one